A huge congratulations to Chris on the release of the new novel – Lord of War! 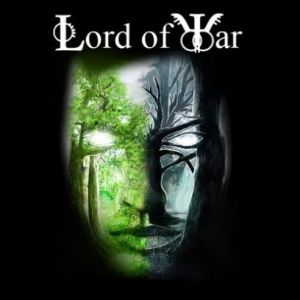 The country of Shambelin is a wonderland. Its forests are teeming with life, its people have coexisted for centuries, and it’s protected by an order of virtuous soldiers named Veilin. Life is surreal.
Until night.
As the sun sets, the forests rot into ashes, and humans barricade themselves inside their cities as monsters prowl the darkness outside. The world has fallen victim to a plethora of sinister phenomena, and with every passing year, Veilin forces grow weaker.
Clea Hart is a Veilin, and as the princess of one of the last cities, she is destined to sacrifice everything to prevent the extinction of humanity. She is given her chance when Crow’s Medallion falls into her hands. The medallion, hunted by dark warlords, fearsome monsters, and wicked kings, has been missing for nearly two centuries, and keeping it that way is no easy task. Clea must deliver the medallion to her city, but navigating the wilderness is deadly, and with no allies, she must elicit the help of a man she knows only as Ryson.
The duo conquers one enemy after another, but when Ryson’s fragmented past comes to light, Clea realizes that her new guardian could be her greatest enemy of all.
Buy from Amazon: http://amzn.to/1r7Rrn1
Like Lord of War on Facebook: http://on.fb.me/1pqssZz