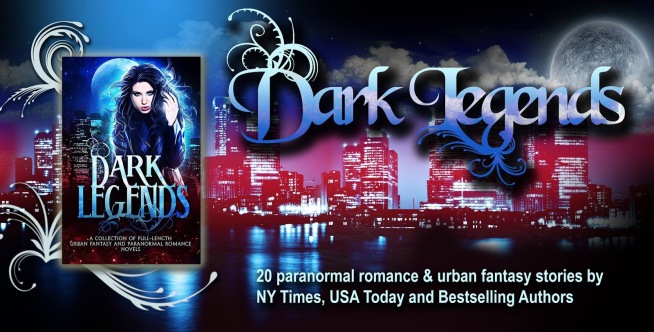 Don’t miss this collection of more than twenty unique twists in paranormal romance and urban fantasy, providing over one million words of supernatural suspense that will transport you to new worlds with smoking hot action and heart-throttling adventure!

The Keeper of Dragons, The Prince Returns
by
J.A. Culican
@jaculican
YA Fantasy
and
Int’l Bestselling Author

On his 18th birthday, Cole’s learns that he is a dragon fated to save all that was deemed true.

Cole’s life spirals into an uncontrollable battle for life or death. First, he learns that his family isn’t really his own and his birth parents are dragons. With that legacy comes a special calling; devoting an eternity to protecting all true beings from creatures bent on controlling the Earth and bringing an end to dragons.

As the newly-minted Prince of Ochana, Cole is also the Keeper of Dragons and his first task is to keep the nefarious farro-fallen fairies-at bay. With no formal training, no control of his mahier-dragon magic, and fear like he’s never experienced before, will Cole be able to reach outside of his human side and embrace his destiny in time to defeat the farros?

Join bestselling author, J.A. Culican on an epic fantasy adventure fans and critics are calling a world of magic, and comparing to Robert Jordan.

I nodded and followed after him, but my mind still raced. What would happen now? How was I supposed to protect everyone? As we strode through Ochana, I looked around at the other dragons, mostly Siens, who had no idea they were in any danger. The dragons laughed and chatted like it was any old day, and any old time, not one fear. They continued on with their usual activities; setting up and running their open-aired market stands, puffing out large flames of fire with their mouths so they could cook meals for each other, flying low in pods as they soaked up the glory and beauty of Ochana. And each of these dragon’s lives were in my hands. I needed to get my head on straight.

It was only one word, but enough to blaze a fire inside me. If this were all true, I had to find strength. I needed to train. I needed to know what I was up against. I turned to Jericho as we walked through town. “What other creatures can wield mahier?

“Only dragons. But there are other creatures that wield different forms of energy. Depending on the creature, each have their own names, but in human terms, I guess you would call it magic.” He shook his head in nausea, as if he detested human words for dragonic considerations.

“These creatures, what are they?”

“We need to focus on the others that would help the Carnites. There aren’t many, Carnites on their own are easily defeated, and not easy to form an alliance with. But two creatures come to mind, farro and elden. We need to make contact with them. Get a sense for what they’re worth-”

We arrived at command, which interjected Jericho’s vocal declarations. I thought about the farro and elden. I had never heard of them, ever. I concocted all sorts of images for what they could look like, maybe large brown beasts with razor sharp teeth and monster claws, the kind of evil creature that would haunt a small child’s nightmares and make them too frightened to rest their head on a pillow ever again.

At least we knew where to look for these magical imps, but what would happen when we found them?

Featured Book: The Keeper of Dragons, The Prince Returns

Hi all!! My name is J.A. Culican. I am a mom of four, a teacher and I write YA fantasy novels!

How long have you been a writer and how did you come to writing?
I’ve always enjoyed writing. I published my first novel The Keeper of Dragons just last year. The reactions I’ve received from fans all over the world has been amazing! I decided to publish this book particularly for my kids. My oldest begged me for the book. So of course I wrote it for her.

How did you come up with this storyline?
It was a story I made up as a bedtime story for my children. It evolved from there and The Keeper of Dragons was born.

What inspires you to write?
My kids, and their love of all things magical.

How did you conduct your research for The Keeper of Dragons?
It’s purely a fantasy novel, so not much research was needed. I did have to double check geographical facts around the world. Those facts I double checked by visiting the country or cities websites.

Favorites from The Keeper of Dragons:
My main character is relatable. He is just an average/typical 18 year old. Who wakes up one morning and finds out that nothing about himself is typical.

What would your friends say is your best quality?
Laid back. I’m a go with the flow type of person.

Are reader reviews important to you?
Yes. Obviously it’s great when someone loves you books. On the flip side when I receive a negative review it gives me a chance to reflect and grow within my writing.

What is your writing process?
I just write. I don’t outline or plan. I literally just sit down and go.

What do you do when you don’t write?
I am at teacher by day and a mom to four kiddos. I am also the President of a non-profit organization Puzzle Peace United. This organization helps families with children on the autism spectrum. www.puzzlepeaceunited.org

Wow, thanks for having me! To find out more about me, check out my website www.jaculican.com.

J.A. Culican is a teacher by day and a writer by night. She lives in New Jersey with her husband of eleven years and their four young children. She spends her evenings at home, with her family, watching Harry Potter and Star Wars. When not home you can find her at the soccer or field hockey fields, rooting her children on.

J.A. Culican’s inspiration to start writing came from her children and their love for all things magical. Bedtime stories turned to reality after her oldest daughter begged her for the book from which her stories of dragons came from. In turn, the series, The Keeper of Dragons was born.

©
2000-2016 Muffy Wilson. [Muffy@MuffyWilson.com] All rights reserved. Content
may not be copied or used in whole or part without written permission from the
author.