Welcome to the Fall Into Fantasy Tour, where we are keeping your mind off any end-of-summer blues and welcoming the cooler weather by introducing you to some incredible fantasy reads to curl up with and giving you plenty of chances to win awesome prizes! 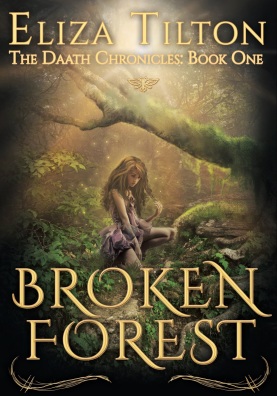 Hopeless he’ll never be more than the boy who didn’t save his brother, 17-year-old Avikar accepts his life as the family stable boy, trying to forget the past. But when his sister, Jeslyn, is kidnapped, the thought of losing another sibling catapults him on a desperate quest. With his best friend by his side, and using the tracking skills he learned from his father, he discovers Jeslyn has been taken, kidnapped by one Lucino, the young lord of Daath, a mystical place thought only to exist in fables.

And Lucino has plans for Jeslyn.

His shape-shifting brethren feed off the auras of humans, and Jeslyn’s golden hue is exactly what Lucino needs to increase his power. The longer it takes Avikar to reach her, the more entranced she becomes with Lucino’s world, and the harder it will be for Avikar to set her free.

He failed his family once. He won’t fail again.

Buy it from: Amazon / Barnes
& Noble / KoboOr add it to GoodreadsEXCERPT:

The wagons surrounded the site in a semi-circle. Sweat pooled in my palms. I had to take out the guards closest to that entrance. If I failed, so did the mission.

I clenched the arrow in my right hand. Brushfire shifted nervously, sensing my fear. I rubbed her neck. I felt safer with her. She’d been with me since Jimri’s death. At night when the nightmares taunted me, I’d sneak out, riding until dawn forced us home. I’d rescued her from the burning woods, she’d rescued me from despair — today, I prayed both of us would make it out alive. 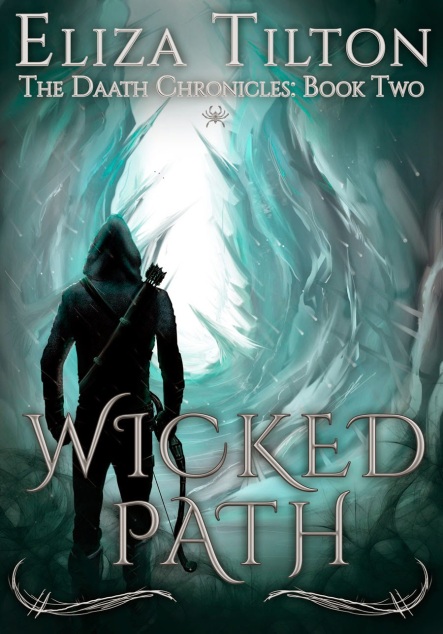 In Wicked Path: Book Two of the Daath Chronicles brother and sister are forced to opposite sides of Tarrtainya on a fast-paced adventure where the wildlife isn’t the only thing trying to kill them.
Three months have passed since Avikar defeated the Reptilian Prince, and he still can’t remember his battle with Lucino. On the hunt for answers, he returns to the scene of the fight and discovers a strange connection between his family’s dagger and the mysterious kingdom of Daath, and it seems only his distant father can reveal the truth behind it all.
Before Avikar can travel back home, Lucy assaults him in the market and forces him to flee to Nod Mountains—a place few dare to enter, and even less return from. With Raven and her childhood friend by his side, they must survive the treacherous journey through the pass with a vengeful Lucy hunting them. If they don’t, they’ll never see home again.
Jeslyn’s new life in Luna Harbor is the perfect remedy for her confused and broken heart. But when a group of mercenaries kidnap her beloved Grandfather, interrupting her daily routine as his jewelry apprentice, she’s forced to join forces with the one person from her past she tried to forget.
And his assistance comes with a price.
Buy it from: http://www.amazon.com/Wicked-Path-Daath-Chronicles-Book-ebook/dp/B00O6APVAY/ref=sr_1_6?ie=UTF8&qid=1412556123&sr=8-6&keywords=wicked+path
Or add it to Goodreads

Eliza graduated from Dowling College with a BS in Visual Communications. When she’s not arguing with excel at her day job, or playing Dragon Age 2, again, she’s writing.

Her YA stories hold a bit of the fantastical and there’s always a hot romance. She resides on Long Island with her husband, two kids and one very snuggly pit bull.


Want to get involved with the Fall Into Fantasy promotional tour?

One thought on “Fall Into Fantasy Tour – Eliza Tilton”